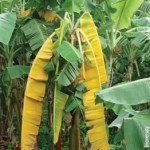 Fusarium wilt of banana, also known as Panama disease is a destructive fungal disease caused by the soil-borne fungus – Fusarium oxysporum f. sp. cubense (Foc). There are four races of the fungus:

The first external symptom of Panama disease is the irregular yellowing of the margins of older leaves, which later turn brown and dry out. These leaves eventually collapse along the leaf stalk or at the junction of the stalk and stem, resulting in a skirt of dead leaves forming around the lower part of the plant. Heart leaves may remain unusually upright giving the plant a spiky appearance. Following this, plants show a generally wilted appearance.

Internal symptoms of Panama include brownish discolouration of the inner tissue in the corm and pseudostem. The easiest way to observe these symptoms is to cut through the pseudostem near ground level. The discolouration is usually seen as reddish-brown or black lines running up and down the pseudostem, or rings running around the cross section of tissue. Affected plants rarely produce marketable bunches.

The most important measures to adopt at present are to:

But please remember that:

Fusarium Wilt Tropical Race 4 is currently not present in the Caribbean and everything possible must be done to keep this disease out of the Region. 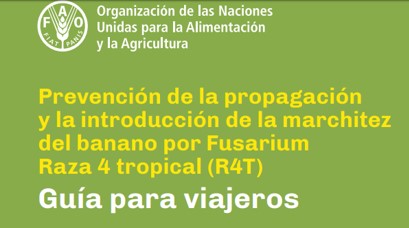 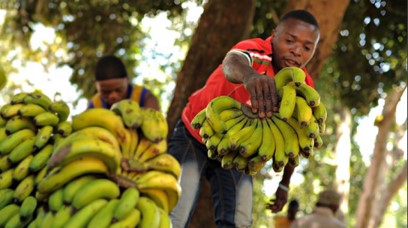 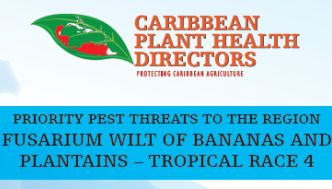 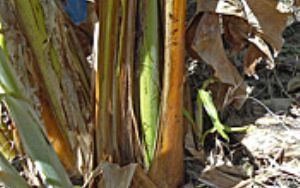