Banana is an important crop for food security and ensuring the livelihoods of approximately 400 million people who depend on the crop either as a staple food or source of income, particularly in Asia, Africa, Latin America and the Caribbean. Plant pests and diseases can seriously affect agricultural production and livelihood of rural people.

Fusarium wilt of banana is one of the key examples of crop devastation by a plant disease. This disease brought the banana export industry almost to a halt in the 20th Century when the popular banana variety Gros Michel was devastated in Central America. The sector was saved by the introduction of the Cavendish variety, which is resistant to race 1 of the fungus. However, Cavendish bananas are now succumbing to a new, highly aggressive strain of the Fusarium wilt fungus, Tropical race 4 (TR4).

This guide, published by the Food and Agriculture Organization of the United Nations, aims to raise awareness among local and international travelers and provide guidance on preventing the spread of an exotic and highly virulent pathogen of the banana crop, called Tropical race 4 (TR4) of the fungus Fusarium oxysporum f. sp. cubense (Foc), the cause of banana Fusarium wilt disease. 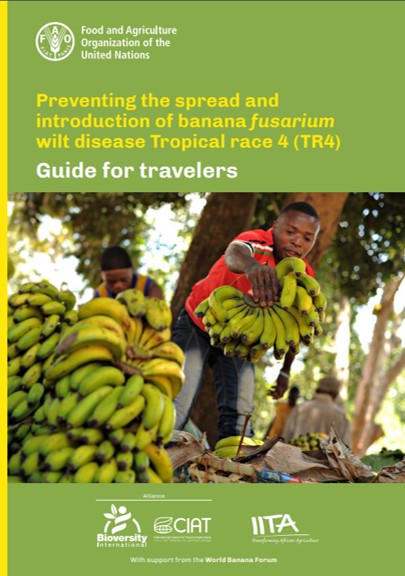