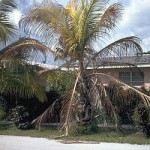 Lethal yellowing is a devastating disease that affects palms including coconuts. It is caused by a phytoplasma, specialized bacteria that are transmitted between plants by insect vectors. 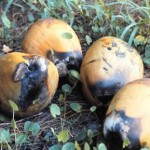 Lethal yellowing (LY) gets its name from the yellowing and drooping of palm fronds beginning with the lower fronds and advancing up through the crown. The disease characteristically has the following progression:

Current location of the pathogen includes:

Cultural Control
The most practical long term solution to controlling lethal yellowing is the use of resistant cultivars. Coconut cultivars, such as the ‘Malayan Dwarf’ or hybrid ‘Maypan’ (Malayan Dwarf x Panama Tall), have exhibited acceptable levels of resistance in most areas.

Chemical Control
Chemical control is achieved by application of the antibiotic oxytetracycline HCl (often referred to as OTC) administered to palms by liquid injection into the trunk. The antibiotic can also be used preventively to protect palms when lethal yellowing is known to occur in the area 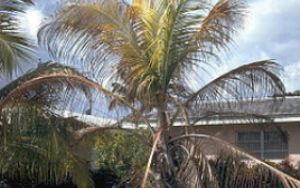 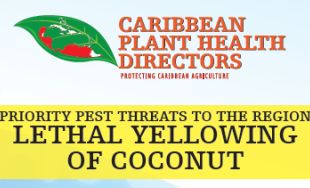