Frosty pod rot, also called Monilia, is an invasive disease affecting cocoa caused by the fungus Moniliophthora roreri. Until the 1950s, frosty pod rot was confined to the North-western South America (Colombia, Ecuador, Western Venezuela) and was not of widespread interest to other cocoa-producing countries. Its appearance in Panama in 1956 and Costa Rica in 1978 increased the geographic confines of the pathogen and changed perceptions of the disease. It has a high potential for transmission, carried by the wind, which extends its range. 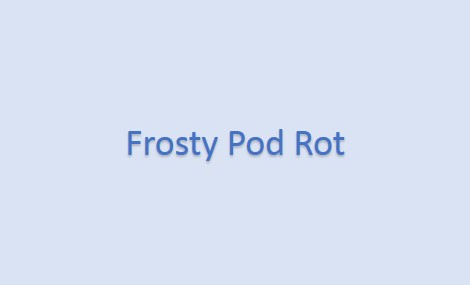