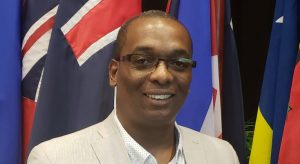 Nelson Laville currently holds the position of co-Chairman of the Caribbean Plant Health Directors (CPHD) Forum, having been elected to the post at the 12th Annual Meeting in 2019.

Nelson Laville is a Cuban-trained Agronomist and a Mexican-trained Plant Pathologist with areas of specialization in Molecular Plant Pathology and Plant-pathogen interaction who has been employed with the Plant Protection and Quarantine Services Unit of the Ministry of Agriculture, Food and Fisheries of  the Commonwealth of Dominica since 2006. He currently serves as the Head of Unit.

Over the years, Nelson has served in various capacities related to Sanitary and Phyto-sanitary Protocols, Plant, Pest and Diseases, Diagnostics and Surveillance as well as a myriad of Plant Health issues.  He has also actively participated in the development and implementation of several Management Programs including those of the Giant African Snail, Black Sigatoka, Huanglongbing, Palm Pest and other emerging invasive species on the Commonwealth of Dominica.

Further, his areas of collaboration and participation in a variety of CPHD Technical Working Groups and Committees throughout the OECS Member States include Molluscs and Safeguarding and Emergency Preparedness.