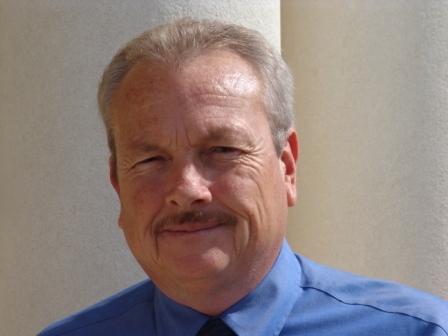 Brian Crichlow currently holds the position of Chairman of the Caribbean Plant Health Directors (CPHD) Forum, having been elected to the post at the 7th Annual Meeting in 2014. Mr. Crichlow is the first Chairman of the CPHD to represent the organization at the Caribbean Community (CARICOM) Fifty-First Special Meeting of the Council for Trade and Economic Development (COTED) [Agriculture], which comprises the Ministers of Agriculture of CARICOM, and at the 12th Meeting of the Alliance for Sustainable Development of Agriculture and the Rural Milieu both held at the 13th Caribbean Week of Agriculture – 2014.

Brian Crichlow is the Assistant Director of the Cayman Islands Department of Agriculture (CI DOA), reporting directly to the Director and functioning in that capacity in his absence. In support of the Director he is part of senior management responsible for the strategic management of the Department, which supports and guides the development of the national agricultural sector. As Assistant Director, he has direct management responsibility for the Department’s Agronomy and Lands, Plant Protection, Agricultural Support Services, including marketing and agri-business, and Agricultural Sales Service sections, as well as the satellite office in the sister island of Cayman Brac. Falling under the Plant Protection section is the Department’s Agriculture Health Inspection Service (AHIS) with primary responsibility for agricultural border protection. The CI DOA’s AHIS unit is the first service in the non-US Caribbean to have an Agriculture Detector Dog team. In 2014 the Cayman Islands joined the Don’t Pack a Pest (DPAP) Programme with Mr. Crichlow being the primary national coordinator for the DPAP launch. Mr. Crichlow was also the country coordinator for the hosting of the 7th annual CPHD Forum meeting in the Cayman Islands.

Mr. Crichlow has been with the Cayman Islands DOA for over 22 years and prior to becoming Assistant Director held several other key positions, primarily in the areas of extension and marketing. During that period Mr. Crichlow was, for several years, seconded to the post of Managing Director for the Cayman Islands Farmers’ Cooperative Society (CIFCSL) which was responsible for the wholesaling and retailing of over 90% of the production form the agricultural sector. Under his management the organization grew from an annual revenue of US $ 400,000 to over $ 2 Million. After the closure of the CIFCSL Mr. Crichlow was one of the conceptualizers and founders of the present successful ‘market at the grounds’ farmers and artisans market, serving continuously on the Committee of Management in several capacities including Chairman.

Before moving to the Cayman Islands, Mr. Crichlow spent ten years as Agronomist with the Barbados Agricultural Development Corporation (BADC), a state owned corporation that operated 9 estates, a dairy farm and coordinated 2 national rural development projects. Mr. Crichlow also acted as General Manager for the BADC just prior to his departure.